Note: This project is very extensive since it has a lot of research and reasoning. This diverse project is better explained in person, so of the summary spikes your interest, don't hesitate to contact me.

ZIEN24 is a company that specializes in home photography to make sure it's sold for maximum value on the housing market. ZIEN24 sends their photographers through the entirety of the Netherlands to make sure this is done right.

They work closely with real estate agents to sell their services, the clients of those agents and (freelance-) photographers. All from within the company building.

Sometimes this poses for communicative challenges. For instance, when homes are not prepared or styled for the photo shoot. This is why I was asked to help them. 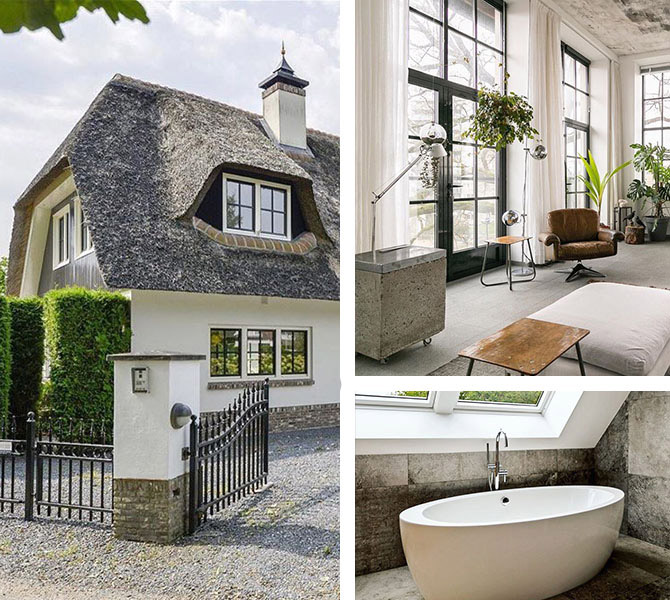 31% of the households were labeled as "Being too messy to shoot". Which caused either the photographer to stylize the estate and losing valuable time or having the photographer not take photos at all and returning home emptyhanded.

Both options reflected in the quality and price of the service ZIEN24 was offering and was the leading cause for unhappy real estate agents and their customers. We had to change the behavior of these customers and involve all parties in a more transparent way of communicating. In essence the solution was simple:

"changing behaviour by providing distilled information to the parties that can influence the behaviour of others."

This resulted in three main tools to help certain parties with acquiring this solution.

An App for the Real estate agents

To simplify completing tasks, watching progress on a project and getting insightful information about the houses of their customers.

To provide the real estate agents and ZIEN24 with accurate information about the level of cleanliness.

The WhatsApp Stylist for Customers

A free service to help customers stylize their houses by simply providing photos of their house.

The first step of coming to this solution was gathering a lot of data revolving around the issues ZIEN24 was facing and visualizing the entire process for all the different groups and their possible journeys through the service process.

Whilst gathering more insights and information I concluded that an overhaul of the service was in order.

The main problem for ZIEN24 that timing of communication (or sometimes the lack thereof) was wrong.

To get a better look at the services process we mapped this process out for all of the groups. We mapped a sub-optimal, a normal and an optimal (sub-realistic) scenario including all the touchpoints.

This way we didn't only visualize the biggest painpoints but also started the creative process with creating fake products to assist the flow.

The first tool was the app for real estate agents. We started presenting a proof of concept to the agents via a low-fidelity prototype made out of wireframes. After creating a high-fidelity prototype both focus groups and individual usability tests provided us with both quantitative and qualitative research to create the first live iteration of the app.

During this stage, the feedback tool for the photographers was realized. Since this tool was so simple, it was created as a functional product right away.

Also, another element came into existence. The WhatsApp Stylist was conceptual thought out and tested with customers of a few willing real estate agents. The overall response en results were positive. The problem in 2017 was that people were not used to companies sending them Whatsapp's, so legibility had become an issue. 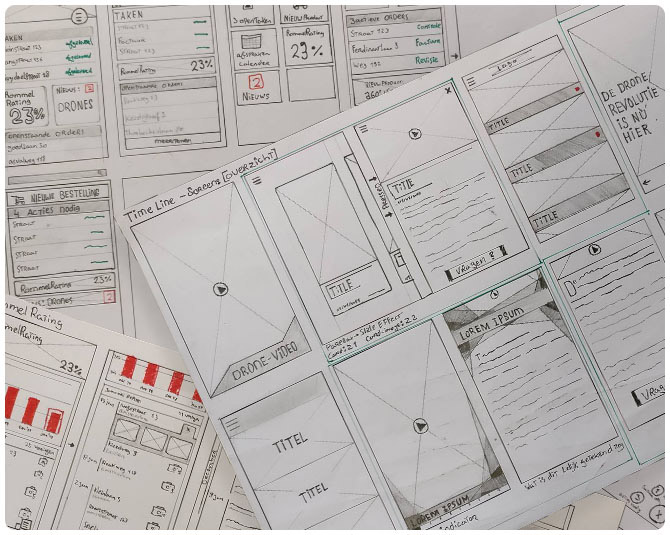 The finalized app has been fully realized toward the first live iteration.

Further iterations may have been done since me leaving ZIEN24.

Curious about the app? Try the prototype below!

The simple feedbacktool for the photographers was rolled out and provieded photographers (who were scored on "Succesful photoshoots") with a safetynet when homes were messy. 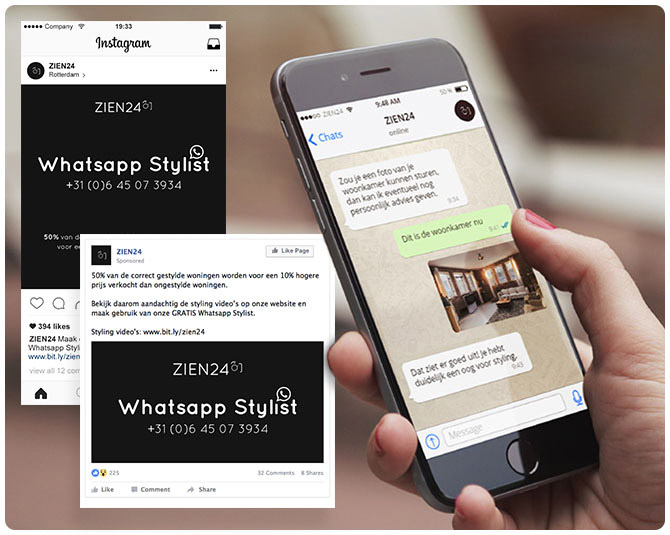 The WhatsApp Stylist proved one more challenge; clear communication about the fact that ZIEN24 would contact the customer. This was done in two ways:

Through social media we were able to segment on users of the ZIEN24 service. This way this message was a logical (optional) step in the flow.

The agents were already giving out tips to their customers about styling. These agents have now been provided with a business card with the number of the WhatsApp Stylist and an explanation of what it was.

Prev
Please look and do touch
Next
We ‘R Digital